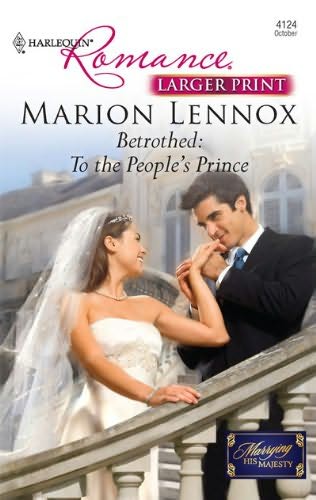 Betrothed: To The People's Prince

Nikos Andreadis is the prince of people's hearts, but the crown of Argyros now belongs to Princess Athena, so he puts his kingdom first and brings the reluctant royal back from America.

Seeing beautiful Athena again brings back memories of their forbidden affair that Nikos thought he'd buried. But more shocking is the secret Athena's been carrying.