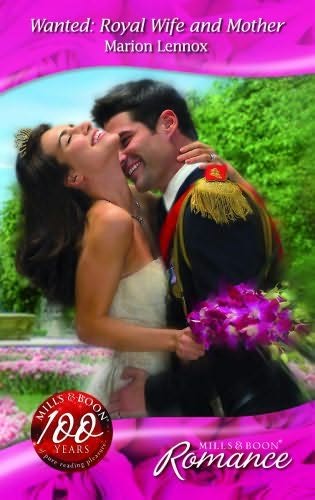 For five long years, Kelly has been separated from her son, the Alp de Ciel heir, and has been fighting to get him back. But with her estranged husband's death, Kelly can finally reclaim little Matty.

Kelly will do anything for Matty, and returns to the palace. But as she gets to know Rafael, she starts to fall in love with the man behind the prince. Kelly is in danger of doing what she vowed to avoid at all costs: becoming a royal wife again.